Search
You Are Here:
Filter

There's so much to see and do

If you're looking for bed and breakfast near Cadbury World, this could be Birmingham's answer to Charlie and the Chocolate Factory...

He also sold cocoa and drinking chocolate that he prepared himself as a healthy alternative to alcohol (which was frowned on by Quakers).

Between 1831 and 1842 John Cadbury developed and sold 16 varieties of drinking chocolate and 11 different types of cocoa! from his own factory in Crooked Lane.

They soon needed to move to larger premises and in 1847 moved to Bridge Street in Birmingham City Centre right next to the Navigation Canal, which enabled them to transport their goods to all the major UK Ports.

In 1861 the business was handed over to his 2 sons Richard and George (aged just 25 and 21). George was in charge of Production, and Richard was in charge of sales and marketing. In 1875 they made their first chocolate easter egg.

But it was in January 1879 when George Cadbury worked with architect George H. Gadd to build a new factory along with 16 houses for senior employees and foremen, this was in Bourneville a suburb of Birmingham. This was expanded to a further 143 cottages in 1895.

Cadburies Dairy Milk was launched in 1905, and the rest as they say, is history. Bourneville near Birmingham is still in existence, as are the houses built for the staff, so if you want to find a B&B near Cadbury World then there are many not far away - just look at the listings below 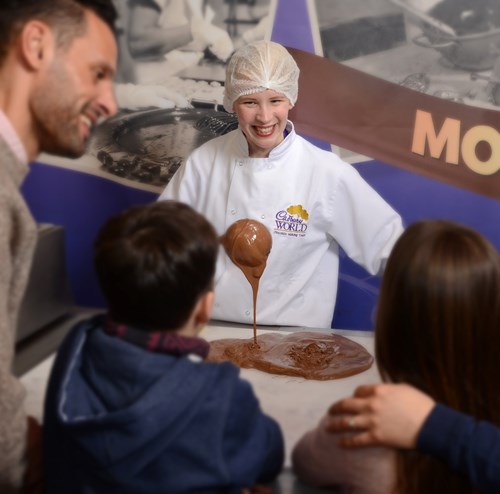