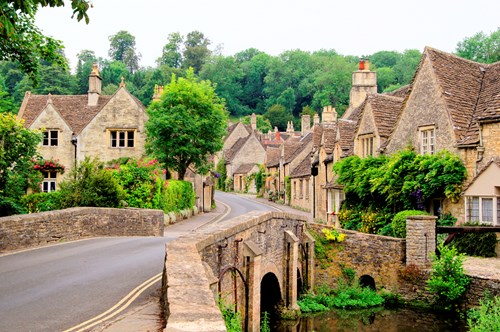 More clichés are churned out about the Cotswolds than practically any other part of Britain, which is a bit of a shame because such cheesy descriptions just do the place down. Chocolate box charm, the stuff of picture postcards and jigsaws, ye-oldie-worlde, pretty-pretty, rural idyll, the list is as long as the undulating Cotswold Hills. Trouble is, all these images can be a bit off-putting; they carry with them a hint of the derogatory, a distinct whiff of condescension that the area really doesn’t deserve.

The Cotswolds are indeed pretty, and pretty in the nicest sense of the word. They are also exceedingly charming and what is wrong with that? The time is ripe to set the record straight and debunk those preconceived notions of cloying charm.

So, what's in store for those jaundiced 'been there, got the T-shirt' type tourists who think that the Cotswold Hills have little more to offer than a clutch of golden-coloured villages and towns and some pleasant enough countryside? Quite a lot is the answer, if you're prepared to scratch beneath the region's charming surface.

Things to do and see in and around the Cotswolds:

Cheltenham: The Regency Spa town of Cheltenham makes a great base for exploring the Cotswolds. There's always plenty going on in Cheltenham: horseracing, festivals, special events, as well as some distinctly stylish shopping!

The Cotswold Way: This long distance walk takes you through less well known Cotswold territory. It is also one of the best ways to take in some of the more dramatic scenery, in the area. Along the Cotswold Way, you will be surprised by the stunning scenery, especially on the western escarpment.

Chipping Campden: Located in the northern Cotswolds, Chipping Campden, or 'Chipping' for short, is a busy market town with a fascinating history that captures the real character of the region. A financial hub from medieval times onwards, Chipping Campden was an important centre for the wool trade, in centuries past. Chipping's highlights include the imposing fifteenth century Church of St. John, the open-sided, arcaded Market Hall (built in 1627), and the seventeenth century almshouses that overlook Church Street.

Bourton-on-the-Water: For many people, the village of Bourton-on-the-Water sums up the Cotswolds, with its undeniable charm and tourist appeal. A series of small bridges spanning a brook that runs the length of the Main Street sets the scene.

Burford and Lower Slaughter: If you want to avoid the crowds at Bourton-on-the-Water, head, instead, for the beautiful town of Burford with its attractive Main Street and sheer descent to an ancient bridge, over the River Windrush. Lower Slaughter is another equally pretty village, slightly off the beaten tourist track, that tends not to be as overrun with visitors as Bourton-on-the-Water.

Broadway and Stanway: These two picturesque villages will also give you a feel for the Cotswolds. Broadway and Stanway both lie beneath the north-west facing escarpment, from the top of which you can enjoy sweeping views over the border into Wales.

Bibury: Who could argue with the famous nineteenth designer and writer, William Morris, who described Bibury as the most beautiful village in England? Pay a visit to Bibury and see if you agree.

Sudeley Castle: (Winchcombe, Cheltenham, Gloucestershire). With the Cotswold landscape as an inspirational backdrop, Sudeley Castle is billed as one of Britain's most 'romantic' castles. Keen gardeners will also be impressed by the ten different gardens in the grounds of Sudeley Castle, each with its unique features. The most recent addition was a Knot Garden introduced, in 1995.

Blenheim Palace: located at the edge of the town of Woodstock and open to the public between mid-March and the end of October, Blenheim Palace is a splendid example of English baroque. Designed by Sir John Vanbrugh, both the Palace and its surrounding landscaped parkland is a designated World Heritage Site.

Corinium Museum (Park Street, Cirencester): Among its exhibits, the Corinium Museum contains a collection of Roman artefacts that offer an intriguing insight into Cotswold life, in Roman Britain.

Finally, are the Cotswolds all they're cracked up to be? They certainly are . and more. And, if you're dithering about where to take your next weekend break, why not visit the Cotswold Hills and see for yourself. The secret is to base yourself in one of the many great B&Bs in the area and explore the region, under your own steam. Wander off the coach tour trail; stand back and admire the view, afresh.