If we eat meat we could be eating arsenic and antibiotics 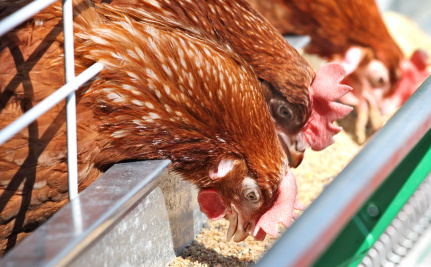 It's now increasingly important to find out what conditions our meat was produced in.

It's just been revealed that in the USA an astonishing 88% of chickens are fed an Arsenic based diet, and while this won't kill you outright, it can kill you slowly by using weapons of human destruction like causing cancer, heart disease, diabetes or cognitive defects.

Why do they do this? well basically farmers want to make chickens fatter quicker at whatever expense to the end user, and it gives the meat a healthy looking colour....ok... I have to say that in Europe this chicken feed is not allowed, even Japan doesn't allow it! So if you're going to eat chicken in America, make sure it's organic!

What's worse is that around 8 million women in the USA are getting bladder infections that are resistent to antiobiotics, and the cause? handling and eating chickens that have been fed antibiotics which are giving them a strain of E.coli that is drug resistant.

Unbelievably half of the Worlds production of antibiotics is used in animal feed. It is common in the UK and the European Union for animals such as pigs and poultry to be fed antibiotics in their feed and water, not to cure disease (therapeutic use) but to suppress infections that are likely to arise in factory farm conditions (non-therapeutic or preventive use).

Compassion In World Farming say: "There is as yet no effective centralised data collection of the antibiotic use in every European country and it is not possible for the EU’s public health and veterinary authorities to know exactly what doses of each antibiotic are given to farmed animals, for how long and for what reason." Worrying? I would say so.

Eating too much red meat shortens your life

This is also now known to be true. Eating too much red meat causes heart disease, cancers, and also Alzheimer's and stomach ulcers. Red meat does contain carcinogens

Out of a study of 500,000 people it was found that those who ate the highest amounts of red meat in their diet, 31% of men and 36% of women were more likely to die early than those who ate smaller amounts!

So what is too much? According to the U.S. National Cancer Institute just 1 quarter pounder hamburger or 1 small pork chop daily is enough to put you at an increased risk of cancer!

Where does our meat come from?

In the UK we are quite good at animal welfare, and most of our cattle is grass fed, however when it comes to importing meat, we import around 25% of all meat and the Countries we import from do not have such high standards. For instance the USA tends to feed it's cattle grain....and goodness knows what else if the chickens are anything to go by. We are all familiar with the horse meat scandal which comes from Europe...so it seems we need to check where the meat was reared, and what it was fed. The safest way seems to eat less meat especially red meat, and insist on organic - yes it costs more, but it's less likely to kill us, and surely that's worth paying a little extra for?